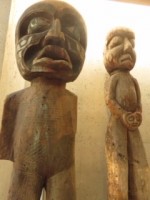 Of course, it doesn’t happen every day.  But frequently enough it does happen that a client lets me know through words or changes in behaviors the positive impact our work is having.  And those moment are, well, they are just the best.  Recently I had such a moment.  A client said, “You know, it’s really counter-intuitive.   Before our work, I thought the best way forward in life was by forgetting.”  What he was describing was a commonly held belief:  to move forward in life means to put behind, to forget, painful events.  Not to think about them.  “Just move on” is a popular refrain.   “But I see now,” my client continued, “that it’s actually through remembering that I move forward.”

I was delighted. Through our work, he was discovering, really experiencing, something contrary to this popular notion.  Something closer to a belief that dates back thousands of years as articulated in the Tao Te Ching, which I recall something like ‘the way forward is through.” More contemporaneously it’s expressed in the Frost poem “A Servant to Servants”  (“…the best way out is always through”).  Collectively as a culture, we seem to have forgotten this lesson.

We realize through the practice of psychotherapy, moving on, healing especially from past traumas and less traumatic experiences but nonetheless painful ones, in order to regain a sense of momentum and direction in life involves this process of remembering.  In fact, this was the notion that the technique of psychotherapy was essentially founded on.  Freud discovered that the attempt to forget is actually futile.  The memory, including memories of traumatic events, are moved out of the reach of consciousness, “shut off,” but are not lost.  And in fact the memory is articulated in various ways, repeated, including in dreams and in actions and attitudes.  The “forgotten” memory of an authoritarian parent may be evoked in someone’s negative reactions to authority figures for example.  In someone’s poor self-esteem and active self-incriminating beliefs may be the repetition of an early childhood experience of not feeling loved or valued.  Freud stressed that if we do not sufficiently remember, we go on repeating.  The focus of his technique was to bring the forgotten experience into memory so that that it could be felt, expressed and healed.  It is in emotionally processing the memory, with attention to emotions stirred then and now, in the interaction with someone else, the therapist, that it’s psychic hold can be (Freud’s term) “worked through.”

At the center of all work on traumatic events is this focus on remembering the trauma.  But not remembering by oneself, alone, where the trauma could perhaps be retraumatizing.  An event which may be experienced as traumatic is not intrinsically traumatic.  This accounts for the myriad of responses that people have to potentially traumatic experiences.  It is, rather, more the processing of events that determines the level of trauma. Often a trauma occurs when there is not some way of processing it especially with someone in some sort of contained way.  Of course, these memories are difficult and extremely painful.  But it is in the containment of the psychotherapist’s (or psychoanalyst’s) office, and in the relationship with that person, the trust and reliability of that relationship, where the memories and feelings can be remembered and worked through.  And their grip eventually released so that someone may indeed experience moving on.  Truly moving forward.  It may be counter-intuitive; or it may be a way of reaching back into the annals of human awareness to find ways of moving into the future.

View all posts by Michael Korson →
Some Thoughts in Memory of Anthony Bourdain
Remembering Charlottesville, One Year Later