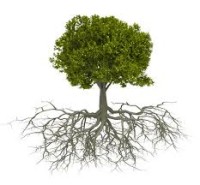 By Michael Korson on October 5, 2018 in Psychotherapy General, Treatment of depression

Recently I spoke with some prospective clients who had inquired specifically about Cognitive Behavioral Therapy (CBT).  In each case my hunch proved correct: someone, such as a psychiatrist, who doesn’t practice psychotherapy, had recommended this form of therapy.  These callers didn’t really know what it was or if that was what they wanted; they were following a suggestion.

I explained to them that I’m not a CBT therapist and that, based on nearly 25 years of clinical experience, as well as evidence from research, I don’t think CBT is especially effective, certainly no more so than other therapies such as what I practice.  In my estimation, CBT is useful for symptom management, for some immediate relief of pain, but not in getting to the roots of the issues and creating real change.

CBT is well promoted; it has a lot of hype. The “C” part pertains to cognition or thoughts.  Change the thoughts that you have and you’ll feel better is the underlying principle.  The “B” pertains to behavior; change the behavior that is causing you suffering and you’ll feel better.  Nothing about real, lasting changes.  And certainly nothing about getting to what is not known, what lies in the unconscious reaches of the mind (there is no unconscious in this theory) and asserts its influence through patterns, self-defeating behaviors and in other ways.

That is the work that I do: what is referred to as depth psychotherapy, because we endeavor, the client and I, not just to alleviate symptoms but make lasting changes to the mental, internal, structures that support these symptoms.

Recently a patient of mine talked about his sense that it is a sign of weakness to have needs.  It is very difficult for him to acknowledge to himself or others a need he may have.  He does his best to repudiate needs, repress them, not have them at all.  This has many consequences, not the least of which promotes more distance in relationships. And the needs he has often go unmet.

The CBT approach would be to just change that thought.  Reframe the thought into a new thought: it is all right to have needs, needs are natural.  And while some repetition of that new thought might bring momentary relief, it doesn’t change the condition that promotes the original belief in the first place.

It is not enough just to change the thought.  In working together, seeking the roots of this belief, we talked about instances in his life of deep disappointment.  Times when others did not meet his needs; times he wound up feeling alone and rejected.  So his “solution” for the pain that came from such rejection was to abolish having the need in the first place.  Hence the belief that needs are a sign of weakness – a good way to reinforce not having them.

We came to see what was needed was two-fold:  We worked on developing other ways of handling disappointment and changing his relationship overall to disappointment.  Disappointment, although sad, uncomfortable, is not the same devastating experience as it was before.  In fact, that was what we were after; disappointing experiences (because disappointment happens) felt to be sad but not devastating. Such an experience doesn’t have to have that same impact now as before.  He can soothe himself in different ways when disappointed, including finding comfort through relationships such as ours.  The second part that we worked on was also so very important: grieving those times, particularly in his childhood, when his needs were unmet, unheeded by significant others.  While we can’t go back and change those experiences, we can work on furthering the healing process so that pain doesn’t have to extend into the present.

That is a glimpse of the kind of psychotherapy work that I do every day with my clients, work to change thoughts and behaviors by addressing the root causes. Work founded on building a trusting partnership in which we delve together into troubling aspects of a person’s psyche and experience to make lasting changes.